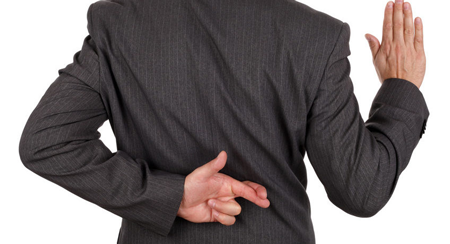 The liar’s punishment is not in the least that he is not believed, but that he cannot believe anyone else. -George Bernard Shaw

Where did this spate of liars and lying begin? Perhaps with the Stone Age but in our current climate it appears that the truth and lies are so blurred that we cannot seem to know what is what. News has become entertainment, and, in the process, truth has taken a back seat to ethics and morality. Stars and common folk get up and plead innocent with staggering amounts of evidence to the contrary. Why are people so unwilling to own up? What would happen if they spilled the beans? If the guilty one’s would simply get up and say, “Yep, did a bad thing here but I’ve learned my lesson and I won’t do that again.” It would be over, right there and they would even gain respect.

So, why do people lie?

1. Liars hide a shameful inner truth that could cause humiliation.
2. Inner shame needs protection from being perceived as deficient, wrong or a loser. Most men are in denial about their deeper insecurities and hide it from themselves by buffing themselves up to a grandiose self-aggrandizing swagger rather than being seen as weak.
3. There are also sociopathic liars who don’t care about the truth, only about winning.
4. People lie because they feel like others will think less of them. They lie to make themselves look better.
5. People lie to themselves to deny a deeper sense of guilt. Almost all men on death row claim they are innocent. So, they lie to themselves and then deny that we are lying.
6. There are certainly people who can’t distinguish a lie from the truth. There are people who believe that anything they say is the truth because they say it is. These are true Narcissists.
7. Then there is lying as a strategy. For example, Hitler used what is known as “The Big Lie” during WWII. He kept repeating over and over about how evil the Jews were until the majority of the German people believed it. It requires that the same lie is told until it begins to sound just like the truth. We all know that “Fake News” has dominated the rhetoric in American politics. This kind of lying is an attempt to manipulate the truth for personal gain or to distract from the real truth.

It’s more and more difficult to know what is true. We know that major news institutions have ethical boards that will fire a reporter if they do not get three or four corroborating stories. There is so much news and a plethora of biased news that it has become difficult to tell the difference. Television and media outlets portray themselves as news agencies, but they are controlled by political operatives who are stressing their own biased agenda.

On a micro level, in relationships, not telling the truth can be totally devastating to the building of trust between partners. The ability to come clean and reflect upon our behavior as a means of being true to our partner, but true to ourselves, is the goal.

The most important value for healthy relationships is to be true to ourselves and be truthful with those around us. To protect ourselves, or to keep some awful truth from coming out only creates a greater catastrophe than if it were just said. There are some dangerous or terribly painful truths that can be withheld especially to children or that it could destroy a marriage and a family. One must always be judicious about the potential for harm. Adding insult to injury may not be helpful or valuable but being true to our core values can be our best guide.

Lies on a global level are the norm. Even though we have irrefutable evidence of Russian meddling in our election, or that Russia was responsible for poisoning people on English soil they categorically deny it. Politicians continuously lie openly to the public. On a global level leaders are lying. The sense of true integrity gets lost in the desire for power and control.

How then do we combat the constant lies and distortions? Do we all become liars? Where does this end? What is the vital solution to amoral behavior? Is this the destruction of human rights or the breakdown in global cohesion ending in utter chaos? Who will step up and demand truth?

It would appear that it begins at home, in our communities, in our relationships, in ourselves. There must be a fundamental standard that we adhere to which begins with the truth. It must emanate from our very mouths, into each day each word we say to one other. It must begin with the search for the truth and the value of human integrity.