How To Live In A Polar Opposite World | Los Angeles Psychotherapist Dr. Bill Cloke 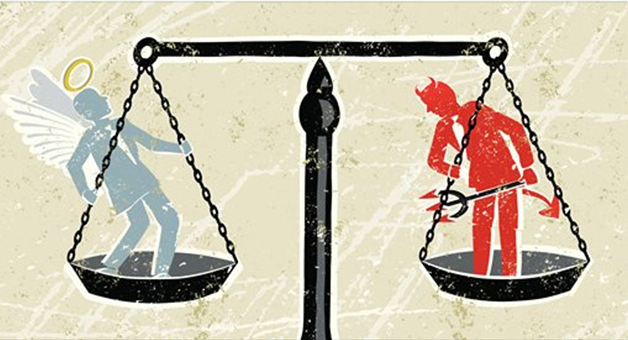 “One of the penalties for refusing to participate in politics is that
you end up being governed by your inferiors.”  -Plato

I remember where I was standing when I casually mentioned the word “Global warming” to my friend and neighbor. What happened next stunned me. I watched in shock and awe when the top of this funny nice guy’s head blew off. He was shrieking “It’s a pack of lies, utter BS.” Wow. I was blown away. After that very brief but explosive incident, he sent a message from his wife to mine that we were not to discuss politics. Needless to say, things have not been the same since. It appears as if there is no way to respectfully discuss our political differences. People I know are refusing to be friends with Trump supporters and vice versa. Something has either changed or what’s been hidden is now out. It does seem like the polarity is greater than ever.

What can we do to bridge what appears to be a tectonic ideological divide? How can we partake in meaningful dialogue and find agreement if there is such a thing? The roots of this polarity go all the way back to the Mayflower when dissidents arrived on our shores seeking religious freedom. Over the centuries, the original settlers and others like them have remained steadfast in their religious conservative individualism while other more progressive groups have sprung up. Conservatives believe that religion guides all our actions and government should be small and pertain to the rights of the individual. The other side believes that government should play a role in protecting and supporting its population, including those in need.

In our recent election cycle, many things changed. The core political call was the idea that America has lost its previous glory and that evil elements are flooding our country and making it less safe. Trump trumpeted the promise of a return to glory and removal of those criminal elements who seek to tear our country down, otherwise known as illegal immigrants and terrorists. It’s true that times have changed and our cities have become more diverse. The Normal Rockwell world of the fifties has largely vanished, giving way to a more urban, sexually open world and a more varied set of values and life styles. Things that were hidden are out, gay rights, transgender, and drugs are all on display and many folks don’t like it.

People are frustrated with not getting raises and the move to technology and away from manufacturing. That irks a lot of people in rural areas who have lost their jobs. There’s not talk of retraining but instead we are given the paradise lost paradigm and the promise that the “The good old days” are just around the corner. All we gotta do is kick out those illegals and charge the hell out of China for shipping in their goods made by low wage workers and all will be well.

There are lots of fear based assumptions and let’s face it politicians know how to work the fear card. There is political hay to be made by proffering the idea of closed borders and safe harbors. How do we overcome these perceptions and create compassion for those who are suffering and not condemn a whole group of people for the actions of a few? The politics of differences is escalating and the divide is deepening. With one side compelling us to go back to our mythic glory days and the other pressing hard to move forward, we find our country in an ideological head on collision.

It’s true that we live in a more dangerous world. Instead of a few bad countries that we know about there are a plethora of small and secretive lethal subversive guerrilla groups committing heinous crimes and leaving dead innocents in their wake. How then do we bring these diverse elements together? The truth is we cannot. We can’t mend those fences but we can live together in our opposition and work out healthy compromises. What we need is honest respectful dialogue. We are getting spin, fake news, lies and fabrications for personal gain. We can all agree that truth in all things is the most important value in a free society. Is it still possible to show the world that democracy can work instead of become exactly what we hate? The only true way out is education. John F. Kennedy once said, “The goal of education is the advancement of knowledge and the dissemination of truth.” It appears that we are lacking in both. If we are to survive as a nation, one nation under God, then we must trust that our forefathers had it right. That equality, opportunity and inclusion are still what America stands for.