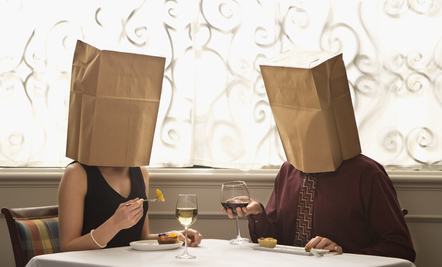 The other night while at dinner with some friends (all married or with someone) something occurred that is so common I barely took notice of it. One of the women popped up and went to the restroom and four other women jumped up and went with her. We’ve seen this a million times. They go off to the restroom, fix their hair, adjust something and talk about everything. If men meet up in the restroom, if they speak at all, it would be a very neutral topic like golf or baseball. I think to myself that if a man got up and went to the restroom, no one would go with him. This is of course a generalization, but in this small vignette it tells the story of the difference between men and women. So why do men have such a difficult time with intimacy?

The answer is that most men are taught from an early age to be competitive, that feelings are a sign of weakness and to avoid vulnerability and dependency at all costs. The ideal for men is fierce independence and strength. Herb Goldberg writes in The Hazards of Being Male that 85 percent of the men in this country have no friends. We see beer ads that proffer an image of the American male as having tons of friends but nothing could be further from the truth. According to Goldberg men have “buddies” like golf or bowling buddies but not real friends because they don’t open up. Intimacy is based on being able to show ourselves to another person, warts and all. Men are very reluctant to do this because they fear that they might be judged or put down.

Dr. Kal Heller, a licensed psychologist specializing in child and family services, writes that “Intimacy is very risky because it requires making such a serious commitment to the relationship that each person will experience a sense of dependency on the other. To admit to needing someone else is to risk loss and deep hurt.” This is difficult for all of us. Dependency is a negative concept in our society. Men, especially, are taught to strive for independence. Like that ad says, “Never let them see you sweat.” This could be our national anthem.

Some of the messages men get early on are:
“Big boys don’t cry”
“No pain no gain; Tough it out.”
“Only sissies get hurt feelings.”
“It’s a sign of weakness to let people know you’re hurting.”

Sue Johnson, the author of Hold Me Tight: Seven Conversations for a Lifetime of Love, once said that “In conflict women swim and men sink.” Men do not do as well as women in the clinches. Men have a harder time with stress reduction, and anxiety around conflict. Women have gears inside built for childbirth where they can tolerate pain. This internal mechanism to withstand anxiety and pain allows women to deal with emotional stress way better than men. Men usually avoid conflict and make every effort to make peace. For this reason they do not tend to resolve conflicts well, which creates distance in their relationships. This avoidance of confrontation, pain and anxiety can build up over time and cause the eventual breakup of a marriage. John Gottman, who wrote The Seven Principles for Making Marriage Work, writes that 80 percent of divorce is based on men not accepting the influence of the woman. What this means is that men avoid contact and don’t tend to listen because they don’t want to be seen as tied to the woman’s proverbial apron strings or be “hen pecked.” Because men must be fearless and strong, they dread appearing weak or inadequate.

Because men are taught to be competitive, strong, never cry and not show emotion, they either buy into this wholeheartedly or consider all intimacy creating activities as weak and stupid or they feel like a fraud for having feelings and sensitivity at all. Men can carry feelings of inadequacy to the grave rather than ever admit how they really feel. They may develop a macho persona while secretly feeling helpless and bad or like they don’t measure up. I frequently hear men complain that they are “damned if they do and damned if they don’t.” Men feel like they have to fix things and don’t like it when they are made to feel helpless. Men aren’t supposed to feel helpless.

All this is not to say that men are incapable of intimacy, dependency or vulnerability. They are quite able but our culture does not support it. One of the main reasons for drug and alcohol use is for medicating pain, and that would include emotional pain. Men, who feel bottled up, sad, angry and depressed will often become workaholics, drink or do drugs to avoid feelings. For men to understand how to be intimate, they must first learn more about who they are, what they want and what is truly important to them. Feelings tell us what we want and what we need, so without them we are like a ship without a rudder. So many men lead lives of quiet desperation, never letting anyone in or themselves out. For men to take a look at who they really are and allow their essence to be known are actually far stronger than the burly silent types who live their lives in utter isolation.
Originally Posted on  www.care2.com

One Reply to “Why Men Have Trouble With Intimacy”

What a fantastic post! I love this. Thank you for writing with such honesty. I’m enjoying all of your work very much.