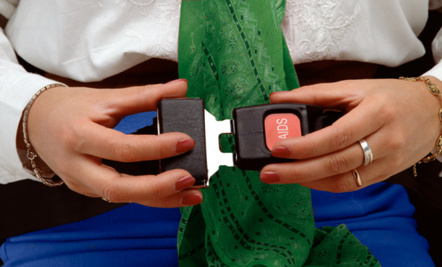 Imagine the scene: a newly married couple floating down the aisle all decked out in wedding attire, gushing with love and happiness as they glide effortlessly toward what appears to be a brilliant future. Her dress is gorgeous, and he is quite dashing in his tux. They appear to be (on this day) the perfect couple. They are resplendent as they soberly utter their vows. They regale their family and friends with toasts. They pledge to be good friends, helpful mates and be true blue. They swear to love each other until death do they part. Several years later with two children in tow she is marching up the steps toward divorce court to rid herself of this cheating swine. So what went wrong? Why is she so (bleeping) angry?

Why did he cheat? Is it simply that boys will be boys? It was supposed to stay in Vegas. Everyone did it, what’s the big deal? I understand the sentiment, but there are a few flaws with this kind of thinking –just a couple of big ones.

One major error in judgment is that many men don’t think of cheating as a betrayal. Therein lies the essential failing. It’s not so much the deed (although that’s very problematic) but it’s about breaking a promise. If men, or women for that matter, are going to get up in front of their intended and both their families and swear to be faithful and true, and then go out and break that promise, they can’t really expect their wife or husband to accept it. The problem is in the lie. It breaks the trust and safety of the relationship. It is a betrayal of the promise to be faithful. If two people agree that they have no intention of being true to each other, and they are both fine with it, then they have a deal. But that isn’t often how wedding vows begin.

The Toltec Empire lasted from 300 to 600 BC and included the Pacific Coastal Chiapas and Guatemala, the Yucatan Peninsula, and much of Northern and Western Mexico. They left clay tablets with a message they called “The Four Agreements”: be true to your word, don’t take anything personally, never assume and do your best. Being true to one’s word is a universal and fundamental part of living with others and maintaining sound relationships. What is essential about being in a relationship with anyone is our word. This is something that many men (or women) don’t think about when they feel entitled to act out sexually, but the lies are devastating to families and relationships.

The other problem is that if a man must lie to his wife then he becomes someone who lies and cheats. Our actions define us and many men and women suffer from what they have become. Many men have no problem with this moral dilemma but many do. If we become a liar and a cheat, what does that do to our children and our family? We become someone who will not be respected both internally and externally. If we withhold our truth from our mate, we are in effect building a wall. The secret alone creates such a huge chasm between partners that it will inevitably kill off love, intimacy and connection, even without the knowledge of sexual behavior.

All that aside, what makes men do these things that they promised not to do? There are many factors at work here. Sex is the most powerful thing we do. It can be all consuming and many men feel under its spell. Women are very sexually potent to men. This dilemma faces men and women who are in the workforce and are captivated by intense visual sexual cues and emotional attachments.

Many men cheat because they don’t feel appreciated, and many women cheat because they feel lonely. If that’s the case then work on it. Make it better, become a couple. Get a babysitter, dress up for a weekly date night. If there is dissension then learn how to solve problems and have productive fights. Learn how to talk about what you want and need from each other to make your relationship work better, especially in the bedroom.

Ask yourself a couple of key Questions

Question for men: do you want to be married or do you want to lead a single life? You can’t really have it both ways. Are you willing to do the work and keep your promise? If you find it too difficult then get some help. Don’t run from the problem by diving into sexual relationships and hiding them from your mate. If you can’t do those things then perhaps you need to consider going at it alone. You are free to do what you want. Trying to be in a marriage and acting like a single person rarely makes for happy marriages or happy individuals.

Question for women: do you want to do what is necessary to maintain an intimate relationship? Don’t stop doing what you did when you wanted the man you are with. Don’t stop trying. The same holds true for you as for men, keep your promises. If you feel alone and need some intimacy, get help. Let your mate know that you mean business.

For all of us, whether men or women, the same principles hold true. Being a kind, caring person who is willing to listen and respond is crucial to marriage success. If we are not willing to put in the effort to make things better and workable then marriage may not be for you. There is always room to be supportive, express appreciation and close those gaps in your connections. We are all in the same boat and no one owns the problem. It takes two to make things work, but it all starts with keeping your agreements and doing your best.