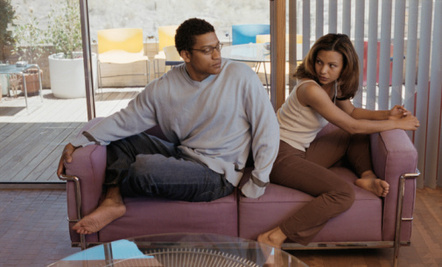 I opened my Facebook page the other day and a scrolled down to find a video from the Anderson Cooper show, Anderson, featuring the renowned couples therapist Dr. John Gottman, who wrote the best seller The Seven Principles for Making Marriage Work. In the clip, various couples illustrate examples of some of his principles, like his “four horsemen of the apocalypse” of impending divorce which are: criticism, contempt, defensiveness and stonewalling.

Cooper then adroitly pops the big question: What is the number one thing that couples fight about? In his own taciturn style, Gottman quickly retorts that he is asked that question all the time and his answer is that couples fight about nothing. Really? He gave an example of a couple arguing over the TV remote. It sounded something like this:
The husband is channel surfing.

Her: No, leave it on that channel.

Her: What do you mean by fine?

Gottman then says, “What are they fighting about? Nothing.” He follows up by saying “They do need to talk about control…” but Anderson is on a roll and cuts him off before he can finish his thought and refers the point to the couples onstage. One of the men pops up with “I can see that.”

At this point I am just a bit staggered by the idea that couples fight about nothing. It’s not that couples don’t fight or don’t fight about small things but my experience with couples tells me that fights are almost always about something. Even Gottman could not come up with an example of a nothing fight. The message here is why bother trying to find out what’s wrong, just chalk it up to nothing.

After I picked myself off the floor with the commentary on the Anderson Cooper show and began to restrain my abhorrence of fluff and entertainment psychologists and my particular disagreement with the good doctor, I thought about what it was that couples do fight about.

Here’s a news flash: couples fight about everything. The actual most frequent topic that couples fight about is money. According to a study done by Smart Money magazine and Redbook, 70 percent of couples talk about money at least once a week. They fight mostly about debt, then spending habits and about saving money for retirement. Ruth Hayden, author of For Richer, Not Poorer: The Money Book for Couples, believes the best choice for keeping money conflict to a minimum is for each person to have some of their own money, which she refers to as “money autonomy.” She also stresses that couples learn how to talk constructively about their values related to money.

Couples also fight about sex, work, children, housework, cell phones, flirting, drinking, drugs, friends, infidelity, trust issues, being on time, responsibility, ambition and success, to name but a few. After pondering the issue that Dr. Gottman brought up, I thought he might have had more success with his statement if he made a distinction between fighting and bickering. I think what he was actually referring to was bickering not fighting. I think couples bicker, but that is not fighting. Couples fight when they not only disagree but they feel hurt or misunderstood, angry, unloved or controlled. Bickering is about annoyance or disagreement and is not usually very fraught with meaning. Fighting is a horse of a different color. The couple Gottman was referring to were actually fighting about something. Couples fight about more substantive issues like self esteem, power, control, helplessness, not feeling loved or not being someone that could be loved.

The statement that the number one thing couples fight about is nothing seems somewhat nonsensical because how can something really be about nothing? Behavior has meaning no matter how small it may seem. We read tone and body language and we can interpret bickering too. It may be about being tired or in a bad mood or something that is simply bothersome, but it’s still about something. At the risk of seeming to be a psychologyphile I must come down on the side of the complexity of human beings. I take umbrage at the notion that interaction is some trinket rather that something meaningful. We can make the argument that sometimes a tree is just a tree, but a tree has roots and they may connect to something more intricate than just the tree. In dealing with couples on a daily basis I have never found it to be true that an argument about who put the top on the toothpaste can be simply that. It may appear that way, but as we pull back the layers we inevitably find something substantive like “do you see me?” or “do I really matter to you?”