You Say Potato and I Say Potahto – How Can We See the Same Thing So Differently? | Los Angeles Psychotherapist Dr. Bill Cloke 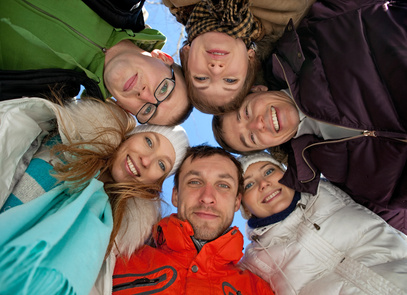 Ben and Nancy were at home one evening when something happened that shook them up. This was not the first time either. The weekend had gone well, they cooked dinner together, danced, talked, made love and were in excellent spirits as Sunday evening rolled around. Nancy was (in her mind) kidding him in her usual acerbic sarcastic way and Ben was starting to smart from (what he thought) was the rather biting banter. As he was reeling back from the situation, he posited in the most benign fashion that she was being a bit tough on him. Nancy boiled over immediately exclaiming that she was just “playing” and why didn’t he take it in the way it was intended. Ben argued that it was not fun for him and that she was sabotaging the intimacy with him by doing this. It seemed to him that every time they did get to this place that she went after him this way. There they were at opposite ends of the reality spectrum. They argued at length about it as Ben kept trying to make his point convinced that Nancy was at fault and she vehemently countered to maintain her innocence. They finally agreed that they didn’t agree. They were seeing and experiencing the same situation from entirely different points of view and their sense of reality was black and white.

When they arrived for their session they were still in it. As they looked at the issues confronting them, it became clear that they both came to the situation differently. What emerged was that indeed Nancy did like that sense of freedom and comfort she got from expressing her sardonic sense of humor affectionately both to protect her vulnerability while doing something that was in her mind, fun. Ben, for his part was misidentifying her behavior as negative because in his background sarcasm was a form of criticism and judgment. Seeing what was going on from both of their different points of view enabled them to reconnect. Once Ben could see it from Nancy’s perspective he understood better that she was converting her need for intimacy to sarcasm because she was sensitive to the closeness. It didn’t mean that she was sabotaging but expressing her love and affection through being sarcastic and playful. Ben recognized that when they got close his sensitivity level rose and he was much more likely to react negatively.

In my work with couples and individuals I encounter people who do not seem to grasp their own sense of reality let alone the point of view of others. It’s fascinating to watch as someone explains something in such logical terms and yet be totally off. What often happens is that a patient will give me the G rated family friendly version of themselves and describe the rest of the world are a bunch of lunatics. I know this concept is a defense but to them it’s the gospel.

Couples are frequently talking about entirely different events while discussing the same event. Or they will identify qualities within a person like “She was so angry with me” and as I was sitting right there I could see that it was not happening that way. Allowing for my own warped sense of reality I am often amazed at those inconsistencies within an interaction between seemingly rational people. In my book Happy Together it opens with a story about a man who I videotaped shrieking at the top of his lungs at his wife. When he looked at the tape he didn’t recognize himself. Jean Paul Sartre the French Existentialist once said that reality is perspectival. What he meant by that was that each person views the world through their own unique perspective. The question is how do we include these differences in our daily interactions?

We know that the brain is wired based on learning and experience. Every time we encounter something new our brains make a record of it and build new neural pathways. These changes are wired in and eventually affect the way we comprehend reality and others. We have all had “ah ha” moments where our previous insights or learning experiences are modified by new information. Our sense of what is true is defined by interactions with our parents, neighbors, the time we grew up, books, teachers, religious leaders, friends and colleagues. With such stimuli it stands to reason that our brains and therefore reality would be constructed quite differently based on our unique sets of experiences.

Clearly our life experience plays a major role in the way we think. We are quite different when it comes to culture, family, education, religion and relationships. Trauma alone can bend and twist our sense of reality by creating defenses that protect us from further pain either internally or externally. Paranoia, narcissism, depression, sensitivity, anxiety and panic can affect not only how we think but what we see. Paranoia, for example, can be understood as a defense against internal aggression by projecting it outward onto others.

Where do these differences come from? Can we find a way to see the world through the same eyes? If we think about the way Muslims, Christians, Jews, Republicans and Democrats experience and see the world around them and the differences are vast.

Turn on any news channel and watch a panel discussion and what we observe are vastly different insights about the same sets of events. How then do we find out what’s actually true? How do couples and individuals navigate these differences in a way that we can agree? We know about these things but we are seemingly helpless to do anything about them. Not so fast, our challenge as a people is to find those bridges between what each of us decides is the truth and from that find a meeting ground where we can coexist. By calling attention to these dissimilarities we begin to feel our way into another way of being altogether. One that allows for ambiguity between varying notions of the truth. These distinctions are important to consider when we are interacting with others. The distinction between what we think and what they think, between who we are and what we believe we are and who they are.

What then are the basic ingredients in making these differences desirable? First and foremost seeing that these distinctions exist and are present creates the possibility that we can be open to the idea that what we might be seeing and thinking may not be totally accurate. Building a sense of perplexity or openness to the possibility that we are not masters of the truth is the first step. Maturity is the ability to accept that we don’t know everything and open up to other ideas as the road to grasping a true reality. Secondly, making sure we understand what our mate or others are saying to us from an empathic point of view. One of the best ways to see ourselves is through the eyes of our partner or others. We might not like what it is that they are seeing but it will inevitably lead to a different and possibly more accurate view of the situation and ultimately ourselves.

What makes it so difficult for us to see reality? We might need to look at our need to control, our wanting to be right, winning or trying to change others to our way of thinking. The most challenging aspect of perceptual differences is that they are completely believable. It’s hard to imagine that what we are experiencing as reality may be 180 degrees out from what may be the truth. If we are to survive as a species we must learn how to be open to the idea that there are other realities besides our own. After all we are not crazy or are we? We could postulate that we are all crazy but just in varying ways and degrees. That’s a start. Strangely enough what we have to do is loosen our grip on reality so we can take in other points of view. Imagine what our political landscape would be like if none of our politicians believed that they were right and the other side was wrong. Imagine then stopping to really see what the other side was saying and understand it from their point of view and then find common ground. The world would be a different place and so would intimate relationships. The idea is that we are all have blind spots both to the world of others and to ourselves. We are ultimately blind to our blindness. Knowing that is the first step toward true insight.